What is Concept UFO?

The Concept UFO is a Windows 10 gaming tablet two years in the making that seamlessly pair with two detachable controllers. The UFO sports an 8-inch, 1900 x 1200 display on a relatively slim tablet slathered in an iconic Alienware design. 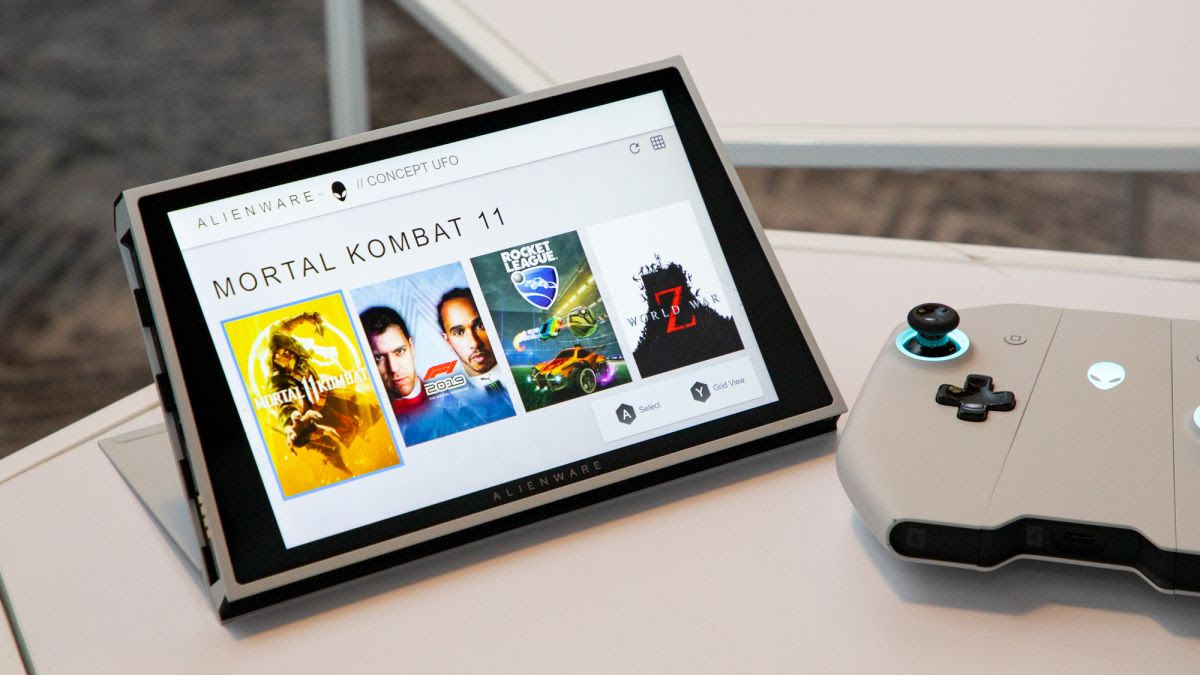 It may look a little familiar to you, as it sports the same Legend design ID seen on the Alienware Area-51m, which uses the same elegant Lunar Light color scheme as the Concept UFO. It even has the same honeycomb design on the vents behind the kickstand.

The Concept UFO features a USB Type-C port and a headphone jack from what we could see, but the specs on the ports hasn’t been fully revealed.

But who is this device for?

“We see [the target audience] in two ways,” Tosh said. “It’s either an entry [product] because it’s maybe baseline, [or] really it’s more for the ultimate gamer who has probably a desktop set up at home, has a mobile unit as well, and is ready to have what I would call full mobile commute-type environment to game 100% of the time.”

The Concept UFO’s purpose is to fill in the gap that we currently have in PC gaming.